“The financial calculus that we employ would never permit our trading a good night’s sleep for a shot at a few extra percentage points of return.” 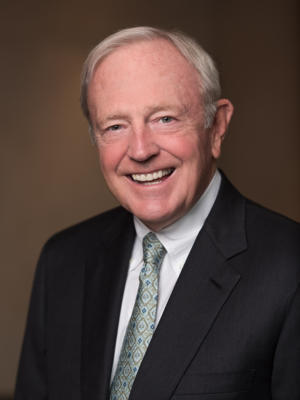 David Knall’s reputation as a financial advisor to families of substantial wealth is founded in almost 50 years of immersion in the science and art of investment. David mentors a team of 32 professionals who, following his example, embrace a philosophy of extreme curiosity, delving into analysis and venturing to leave no stone unturned in the search for the top money managers and investment opportunities for client families. First and foremost investors, David and his team travel the world and have built a remarkable global network of money managers.

David’s lifelong passion for managing his clients’ wealth began at Indiana University, where he studied with an academic scholarship and graduated with a bachelor of science degree in finance in 1966. He served as an officer in the Vietnam-era U.S. Army and was head of the casualty branch at Ft. Benjamin Harrison, responsible for providing assistance to Indiana and Michigan families of fallen soldiers.

In 1969, David joined McDonald & Company. One of the youngest people to be elected a general partner in the firm, he also was appointed to the Board of the parent company, McDonald & Company Securities. David remained with the firm until 2005, when he became a managing director at Stifel.

Throughout his career, David has shared his expertise with a diverse group of nonprofit organizations. He is a member of the Board and of the Investment Committee at the Regenstrief Foundation, and also serves on the Investment Committee of the Central Indiana Community Foundation. He previously served on the boards and as chair of the investment committees at Christian Theological Seminary and the Indianapolis Public Library, and on the investment committees of both the Indianapolis Museum of Art (now Newfields) and the Children’s Museum of Indianapolis.

“I follow three rules: Do the right thing, do the best you can and always show people you care.” 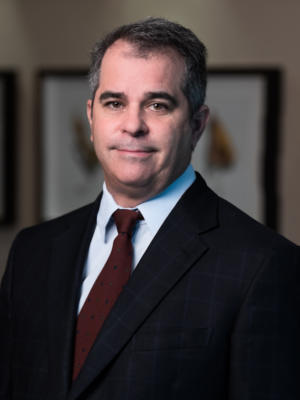 As a partner of The Knall/Cohen/Pence Group at Stifel, Jeff assists families, foundations, and endowments in managing their wealth by designing customized wealth management strategies tailored to their unique needs.

Prior to joining the group, Jeff was a partner with one of Indiana’s largest law firms, representing individuals and private and public companies. In 1997, Jeff joined David Knall at what was formerly known as McDonald & Company Investments. The duo later started The Knall/Cohen Group within Stifel’s Indianapolis branch.

Jeff attended Indiana University on a tennis scholarship and was a four-year letter winner for the men’s varsity team. He earned a bachelor of science in business administration and doctorate of jurisprudence. He also holds Series 7, 31, 63, and 65 securities licenses.

Jeff was on the Board of Trustees for Indiana University, where he served as chairman for its Finance and Audit Committee. He also served as a board member for the Trust of Park Tudor School, the Indianapolis Marion County Public Library Foundation, and VEI, a for-profit subsidiary of Community Hospital.

Jeff is also a past member of the American, Indiana, and Indianapolis Bar Associations and was an appointee of the Marion County Judicial Nominating Committee.

“The job of a good investor is to always be skeptical, but not too skeptical, because if you have no limits to your pessimism you’ll never spot opportunity.” 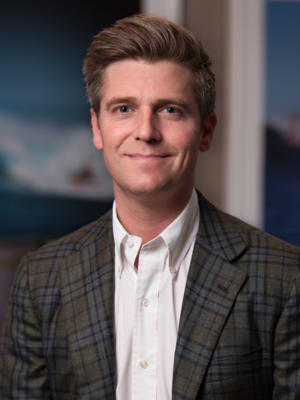 Jamie, a partner in The Knall/Cohen/Pence Group, works with many of the group’s largest clients to help manage and attempt to grow their investment assets. Jamie travels across the U.S. and internationally, meeting with clients and money managers to help bring fresh ideas to the group's clients. Jamie works with many entrepreneurs, assisting with exit planning and putting newly liquid assets to work for entrepreneurs and their families.

Prior to joining what is now The Knall/Cohen/Pence Group in 2004, Jamie worked in San Francisco with the global financial services firm Lehman Brothers, where he developed his interest and expertise in analyzing and building relationships with money managers.

Jamie serves on the Board of Trustees of the Park Tudor Trust, an organization supporting charitable, scientific and educational activities. 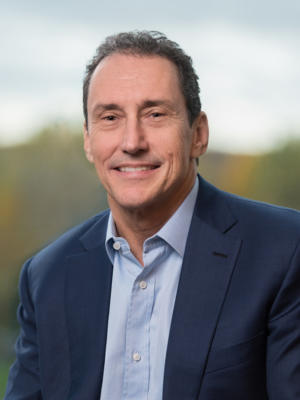 Thomas Pence joined The Knall/Cohen/Pence Group of Stifel in October 2016. He works with the partners, consulting with clients with a focus on portfolio management. Prior to joining Stifel, Tom was the founder, team leader, and senior portfolio manager of a 20-person Fundamental Growth Equity team at Wells Fargo Asset Management. In addition to leading the team’s research effort, Tom had oversight and portfolio management responsibility for $18 billion in institutional growth accounts and retail mutual funds. Products managed by Tom included growth funds focused on large, mid-sized, and small-capitalization growth companies in the U.S. and also a global fund focused on growth companies in all major markets worldwide.

Prior to joining Wells in 2005, Tom led an equity growth team at Strong Capital Management in Milwaukee, Wisconsin, where he also managed four growth mutual funds and related separate accounts for institutions. Prior to joining Strong in 2000, Tom was the chief investment officer for Conseco Capital Management, where he managed the firm’s first internally managed equity product and grew that business to over $1 billion. He helped oversee the launch of the firm’s first equity mutual funds, which he also managed.

In his 25-year investment career, Tom has often spoken about growth opportunities and the equity markets in general in major industry forums and in the popular press. He presently serves on the Investment Committee for the Indianapolis Museum of Art (now Newfields). Tom is a past chairman of the Investment Committee for Brebeuf Jesuit Preparatory School and also served as a director of the Indianapolis Society of Financial Analysts. Tom holds a bachelor’s degree in business from Indiana University and an MBA in finance from the University of Notre Dame. 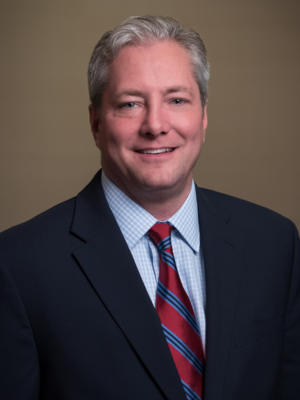 Mike joined The Knall/Cohen Group in June 2006 to lead the consulting practice, and he was promoted to a partner in the group in January 2011. Previously, Mike worked in Anthem’s investment department, which had management oversight on approximately $20 billion of investments. Before joining Anthem in 2000, Mike held various finance and accounting positions at Price Waterhouse, Conseco, and GE Capital. He received his bachelor of science in accounting from Indiana University in 1990 and was awarded the CPA designation in 1993 and the CFA charter in 1997.

Mike is a member of the CFA Society of Indianapolis and the CFA Institute. He also is a board member for Aspire Indiana, Inc. and the Indianapolis Public Library Foundation.

While at Indiana University, Mike was a student manager for the men’s basketball team for four years, including for the 1987 national championship team.

“Spend each day trying to be a little wiser than you were when you woke up.” 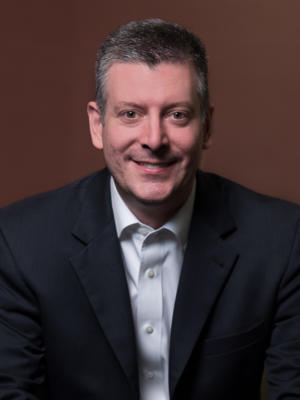 Mike joined The Knall/Cohen Group in March 2012. He works with clients to understand their goals and objectives, and then he develops and implements customized investment strategies to assist in mitigating risk to and growing their assets.

He graduated with highest distinction from Indiana University with a bachelor of science in business in 1992. After graduating, Mike began his career with Heartland Capital Management, a boutique large cap investment manager, in Indianapolis, Indiana. He joined the firm as an equity research analyst and became a member of the firm’s Investment Committee, which was responsible for managing over $1 billion in large cap equities. Mike later assumed responsibility for managing the firm’s taxable and tax-exempt bond portfolios.

In 2004, he joined J.P. Morgan as a senior portfolio manager. At J.P. Morgan, he managed equity and fixed income portfolios for individual clients and foundations and endowments. He also advised clients on asset allocation, manager selection, hedge funds, private equity, and real estate investments. In 2008, he was promoted to managing director. 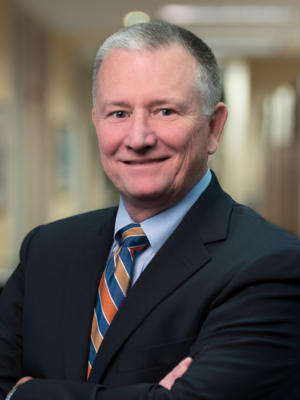 Phil joined The Knall/Cohen/Pence Group in 2018 as the group’s chief operating officer. Phil is responsible for developing and executing strategies and processes to enhance the effectiveness of the group and to allow the group’s professionals to focus on providing superior service to clients.

Prior to joining the firm, Phil worked for Walker Information, a customer experience consulting firm, first as their chief financial officer from 1994 through 1996 and then as a member of the management team from 2004 through 2018. He served as president of the firm from 2011 through 2018. Phil also served as the chief financial officer of a publicly traded company in the distribution space. From 1982 through 1994, he worked at Ernst & Young focusing on entrepreneurial companies and private and public capital transactions.

Phil is very active in the Greater Indianapolis community, serving as treasurer and member of the Executive Committee of the Board of Directors of the Indiana Chamber of Commerce. He serves on the Board of Directors and Executive Committee of Special Olympics Indiana and is the current board president of the Indiana Chapter of the Crohn’s and Colitis Foundation. Phil previously held the CPA designation, which is now expired.

“The only place success comes before work is in the dictionary.”

“If everyone is thinking alike, then somebody isn't thinking.”

“A negative mind will never give you a positive life.”

“We can't become what we need to be by remaining what we are.”

“Be who you are and say what you feel because those who mind don't matter and those who matter don't mind. Don't cry because it's over. Smile because it happened.”

“I’m a greater believer in luck, and I find the harder I work the more I have of it.”

“Treat people how you want to be treated instead of how they treat you.”

“Unless we progress, we regress.”

“The important thing is not to stop questioning. Curiosity has its own reason for existing.”

“Make the wrong thing difficult and the right thing easy.”

“Do your little bit of good where you are; it’s those little bits of good put together that overwhelm the world.”

“Success consists of going from failure to failure without the loss of enthusiasm.”

“If you’re interested, you will do what is convenient; if you’re committed, you’ll do whatever it takes.”

“The two most important days in your life are the day you are born and the day you find out why.”

“You simply have to put one foot in front of the other and keep going. Put blinders on and plough right ahead.”

“You’re only given a little spark of madness. You mustn’t lose it.”

“The elevator to success is out of order. You’ll have to use the stairs.”

“Life isn’t about waiting for the storms to pass. It’s about learning how to dance in the rain.”